Worked on the menu this week, adding particles such as the faling stars in the background. Also working on the spaceship waypoints, that are currently still a WIP.
Also made some new factory meshes, will be added in soon.

In the last week I worked on several things, including the main menu, alongside Sander.

The below pictured props are spacemines and cluster rockets, who will each have their different effect in differentiating between different types of spaceships attacks.
Wether these can be purchased by spending resources or unlocked by progressing is still to be seen. 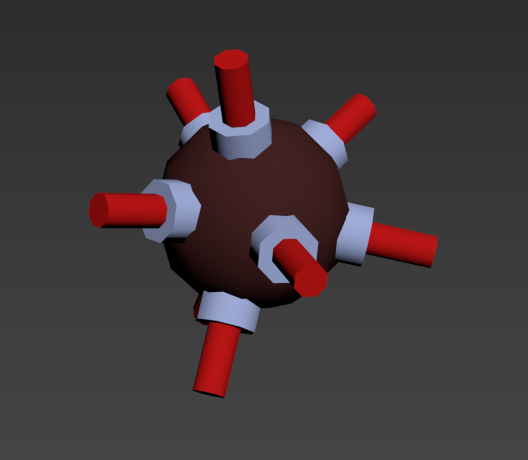 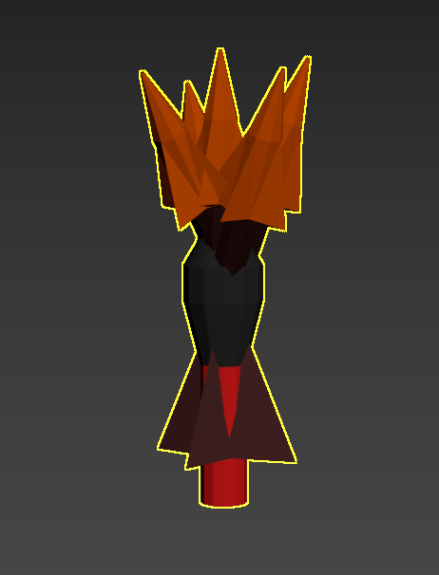 Over the last week I’ve Changed all of the existing ship models in order to increase readability in the current camera-perspective.

Aside from that I’ve also been working on a turret model/texture, testing the size and shape language to fit the game.
Also this week, a lot of sounds for the combat and menus. 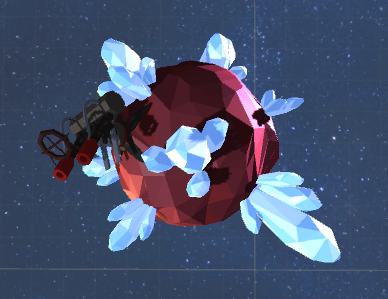 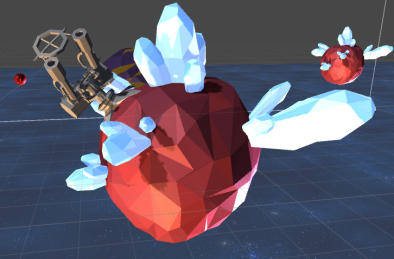 Over the last weeks I’ve worked on the models and textures of the spaceships, who are now in the engine and ready to be implemented as soon as some script issues have been resolved.

I’ve made 8 different texturesets for each of the ships, so the player can choose his colourcoding in the start screen. 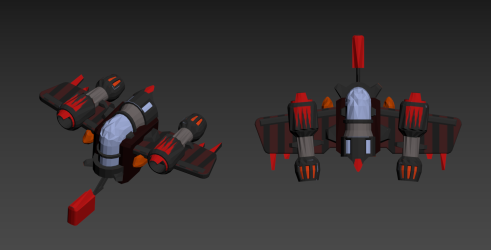 During the last week I’ve worked on some of the models for the game, based on Lorenz’ design sketches.

An issue we had here was that we had to test different kinds of stilisation out, in search for a type that worked from a certain distance.
In the end we decided to go for a triangulated semi-decimated mesh, textured mostly with swatches, as done by Sander.

In the last week I’ve added sound for combat systems in the lst week.
The blueprints have been optimised to work with all kinds of players and objects by using custom anydamage events. Also added in the last week is the second weapon type, the weapon switching and connected sounds.

Prototype testing:
The most fun and entertaining way of combat seems to use two weapons. A low damage, high speed, automatic weapon with a slight screenshake and an explosion on killing things, combined with a slow high damage rocket.

Colliders slightly larger and in front of the actual bullet/rocket, to ensure that whenever a bullets looks like it’s going to hit, it hits. Although this is not neccesarily realist, it suits the gameplay and overall feel of the game.

Also covered this week is the playerdeath, which now respawns you at at a specific location after a certain time.

The sound we’re going for is 8bit, all of it was made be my, using a small program called BXFR.

This week I’ve also completed a first version of our planet shader.

Posted below is a video of what the shader can do, featuring all the parameters used.

This is a text widget, which allows you to add text or HTML to your sidebar. You can use them to display text, links, images, HTML, or a combination of these. Edit them in the Widget section of the Customizer.
Constellation
Blog at WordPress.com.